So many events and cities explored in the last 18-20 months. I have been slow to keep up the journal of my travels. At year's end, this seemed as good a time as any to recap.

I promise later that I will go back and provide a full review of each venue later. For now, I've filled in the gap with a quick synopsis and included some photo albums of each event as a placeholder until I can complete a full write up of my experience that does each trip justice.

This has been my best Masters 1000 Clay court tournament experience to date. The photographers and Canon CPS were so gracious! Italy is a wonderful country to see. I was granted a photo pit armband to cover the Rafael Nadal vs Novak Djokovic semi-final.

It was also the first time I had been at the press conference of either man.

The hospitality of the Italian people plus all the volunteers and ball kids was unmatched. So much passion and energy in that city, it is hard to compare. Rome is definitely a top favorite tennis event, a sentiment with which Roger Federer also agreed when asked in an interview earlier this year. 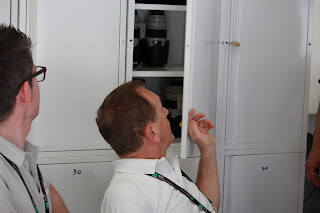 Canon CPS of Italy allowed me to check out the Canon 5D mark iii and the 70-200 mm f/2.8 IS II lens each day as long as I returned it each night before they left.


That saved me from carrying some very heavy gear back and forward to the event. I am eternally grateful to allow me a chance at these photos at Internazionali BNL d'Italia. 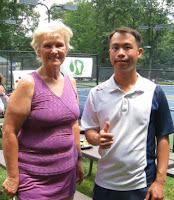 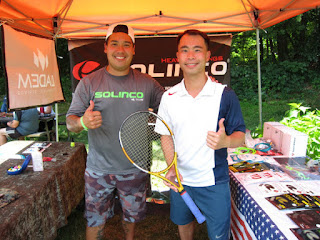 Part of YoPro (young professionals) outreach by the USTA. It was a fun indoor event held on a day when it was pouring rain outside. We each got to "represent a country of our choice" and we competed for both team and individual awards. It was a lot of fun as the Tennis Olympiad idea was an out of the box concept. 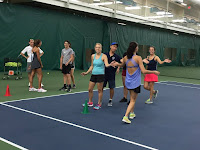 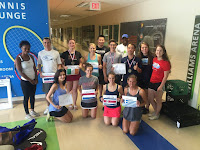 Hands down was much better than almost every other "indoor social" USTA-sanctioned" event that uses typical cookie-cutter activities that nobody wants to repeat.

Revisiting after almost 8 years. It was a trip to Naples, FL, and offered an upgrade to my coaching certification. More importantly, it was a chance to meet some of the top College coaches and club owners in the country and from Europe / South America. The courses covered aspects of the Executive Leadership Program that Luis Mediero teaches around the world as well. 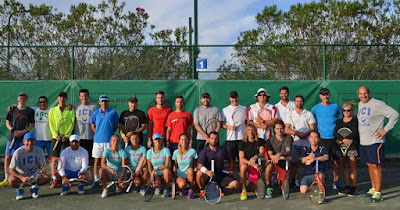 This was definitely not a vacation at the beach. It was pretty much 7am-7pm non-stop learning, teaching, practicing the whole time there at Naples. I did not even have a chance to see any sand while I was there for that week. It was a great opportunity to re-learn all the X, V drills so many years ago. The students were all very hard working and instructors offered useful advice all along the way.

Read more about my trip here and the courses. I made a lot of wonderful friends with fellow coaches and the ASC staff. 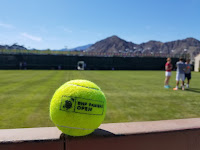 I honestly enjoyed the 2013 event much better when the old management under Charlie Pasarell made it a true tennis haven. It feels like Tommy Haas' first year was an attempt to save the tournament after Raymond Moore had to resign due to his remarks.

Although I tried to enter the Wild Card tennis challenge, they were unable to accommodate because I arrived too late in the afternoon (not in the morning). Problems with the lights and facility made several courts unavailable which blocked up matches.

I was happy to be able to watch the young Claire Liu win the women's wild card as a junior and later she became a Girl's Champion at Wimbledon for singles and doubles.

Sadly, the high quality of the practice courts' views for spectators we loved seemed to have diminished due to the restructuring of new "mini-stadiums" that required a good bit of effort to reach and get around. It prevented fans from easily roaming the grounds as freely.

The folks I met and reconnected with outside around Palms Springs made this trip a real success for me. The tennis world makes this an annual reunion that is a great experience.

It was a chance to reconnect with the great team at Essential Tennis of Ian Westermann, Ira, and of course, the photogenic Kirby was a highlight of my trip. 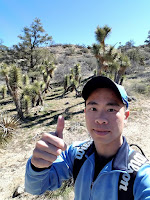 We got a quickie selfie in before their personalized tennis coaching course began. I missed the Meetup but was glad to see other ET Fam and Fans at Monterrey CC.

Lastly, I was able to get back in touch with the Palms Springs International Tennis Tournament Director, Daniel Nabedrick.

During a few days, I got a chance to play hours with some of the adult guests and their families that were in the competition there at Palms Desert Country Club. The pros there was also a lot of fun, but the singles tennis was excellent, and got a chance to meet some very successful folks from around the country.

A wonderful facility and there is no nicer guy in the world than Dan. 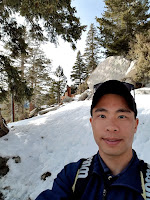 A day trip out to Joshua Tree to hike up on Ash Wednesday was also a great experience and get some exercise out there.


The Palm Springs Tram up to the top of the mountain is a very nice contrast in scenery. You literally get all 4 seasons within just an hour.

Palm Springs has a very active and lively tennis and golf community.

Home of some of the fittest retirees in the country lives in this area! 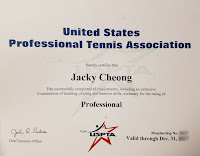 After being a USPTA coach for over 10 years, I decided to go for the Professional / Elite level tests to see how I would do.

It was an eventful 2-day course that reinforced the basics and added a lot of useful tips for coaching.

For anyone interested in learning the game more deeply or would like to coach part-time or full-time, it is a great tool and resource.

I was able to network with a lot of coaches including former top 500 in the world players as well as veterans with over 30 years of teaching experience.

This is my first ATP 250 event and the first time I had set foot in Rhode Island.

The history of the location and my desire to be at a Grass tournament made this trip another one with a quick turnaround.

The media staff and Hall of Fame crew were amazing and super professional. 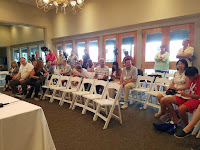 Brentan and Anne Marie were both top-notch in terms of support and accommodations during the whole event and tournament.

I had a chance to meet some of the all-time greats of Photography and Journalism while chatting Media.

The caliber of celebrities (including John Legend and Chrissy Teigen) and powerhouse players in attendance to witness the ceremony was staggering. 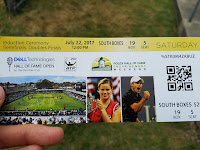 The museum went through a recent modernization effort to digitize so much of the memorabilia. This is not an easy feat, given how long the sport has spanned.


Being a part of the Andy Roddick and Kim Clijsters induction ceremony was a very special moment in tennis history. Getting a few pictures of Jaden posing next to her own iconic image at the US Open was magical. 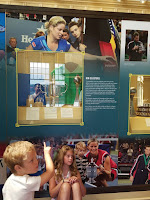 It was a fun and enjoyable time to take some photos at their annual Fashion Show as well.

Visiting the town of Newport, RI - I loved the Cliffwalk at Sunrise and Sunset. Just spectacular to be near the water in that area with all the beautiful boats on the water.

A short day trip out to Cape Cod also allowed for some site-seeing at the end as well.

Although it was quite warm in July, it was the perfect beach weather in New England.

Lots of new staff changes on my team and much more rain than I expected - leading to some flooding issues at the Media Tent.

We were able to attend a Citi Open dinner with celebrity Chef Bryan Voltaggio at Range in DC. Also, a run in with Grigor Dimitrov was a highlight of the year for my social media guru.

A chance to take some pictures from some new vantage points around the practice courts offered some shots of the fan favorite from Argentina, Juan Martin Del Potro.

We saw a break out year for Alexander Zverev winning the title. The court surface at the main stadium was not appreciated by end of year World #8 Jack Sock.

Although it was extra hot and humid as usual in DC, the caliber of women players that attended made the event very worthwhile to attend mid-week.


18 Months of Tennis Summary
Many new places and faces.
Great memories that will last a lifetime.
A part of Tennis History - both as Witness and Recorder.

Onward toward a great 2018 season next year.
Hoping to see Federer and Nadal keep their record year going! The US Open should be getting a brand new Armstrong Stadium this fall. There will even be a New York Open 250 premiering in Long Island in February.