Q:
How do you get into the French Open, sit in the reserved box seats just behind the Tennis Magazine team, and then watch Nadal play live just a few feet away on center court (Court Philipe Chatrier) - all for just 19 Euros?

Benny Berthet's Day is a tradition at Roland Garros.
This exhibition day is held each year on the eve of the tournament; the profits are donated to various charities. This is similar to the Arthur-Ashe day event held at the US Open annually.

What is special is that throughout the whole day, the public can attend 1-set matches with most of the top players spread out across the top 3 courts. Many of the French tennis stars come out for kids to get autographs and pictures.

Almost all the players also have a practice session on the side courts as well.


Arrive at Roland Garros for the first time...
8:30AM - Hop on the Paris Subway
9:00 - Stop for some breakfast at a nearby Cafe with some scrambled eggs and French baguettes
9:30 - Bump into some local tennis coaches while asking for directions and walking to Roland Garros
10:00 - Waiting in the ticket queue about a few rows deep, I have an hour to kill. A few other fans are speaking French and one asks me where I'm from (holding a Tennis Magazine from the US).

Apparently, they immediately judge you by your country's best players (Roddick, Blake, Fish, Bryans, etc). This was the year that Tsonga was their top guy with Gasquet still serving his suspension. 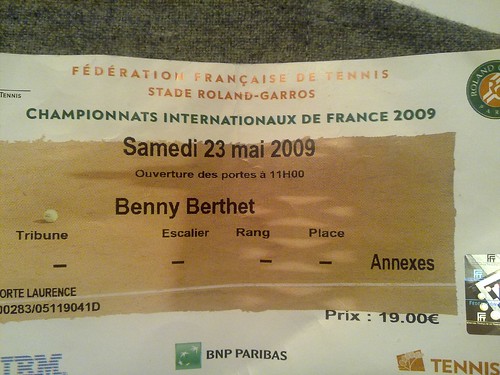 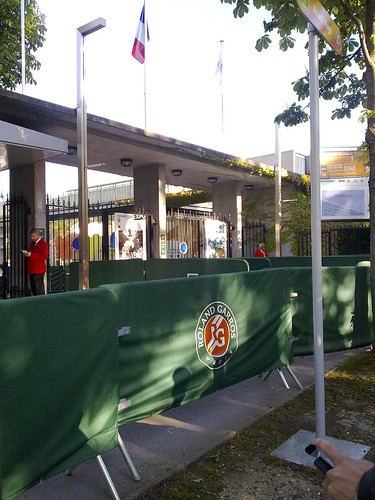 By around 10:45, the line finally starts to move and by then the queue has wrapped all the way around.

By around 11:00, the gates and ticket booths open and there is a mad dash toward the center court. There are no reserved seats, so basically it is first-come, first-serve.

I'm lucky enough to get around to the East side of the stadium with the sun at my back quickly and grab a 3rd-row seat just behind the reserved seats for Tennis Magazine. 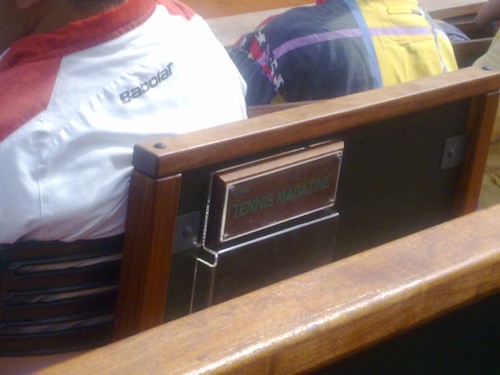 Seeing Rafael Nadal up close on clay in Paris (at his favorite *home* court) was definitely the highlight. 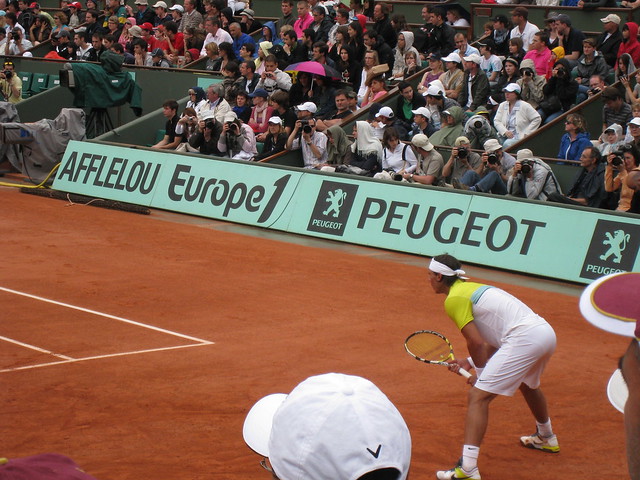 However, even at this early exhibition match, you could tell he wasn't himself. Because of a knee injury and some family issues, he had lost to Federer in the Madrid Final just a few weeks back. On this day he faced a qualifier named Dabul - a light, steady rain came down shortly after the warm-up.

Eventually, Nadal would lose 6-4 with a less than positive expression on his face. You could tell he was troubled...either emotionally or physically, or maybe both. Many fans were a bit shocked about the early loss. It was a foreshadowing of things to come later in the 4th round...

To travel half-way around the world to witness tennis greatness unfulfilled is a bit like arriving at the site of a great monument only to see its footprint absent. It is shocking and unbelievable to fathom.

Champions prevail and rise again even after an avalanche of misery fails to destroy them. As we all know, Rafa wasn't done yet...

Read more about my Tennis Travels.


The Road to Rafa's Renaissance

3 Important tips for Watching the US Open Live!

- My Tennis Life with Chase