Richard Gasquet put on an amazing run this week on clay in Rome. He put together a couple back-to-back wins against two top 10 players, Federer and Berdych in tight 3 sets both times. 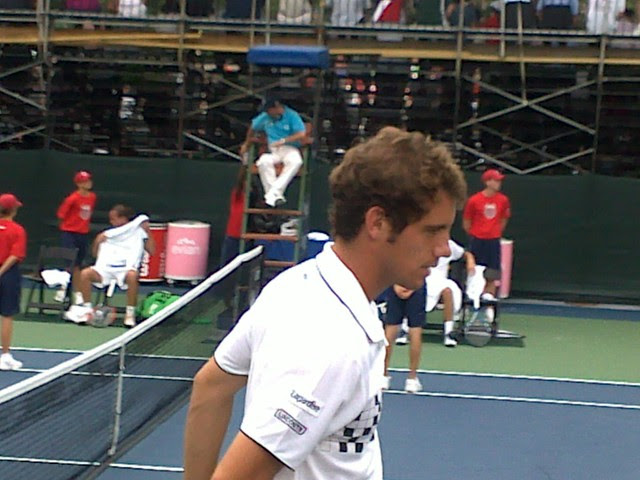 Gasquet is playing with a lot more confidence lately and has been really whipping that one-handed backhand well around the court. At times, it seemed like his shots were even more spectacular than those of Nadal. A lot of concentration was required for Rafa to win the first set and seal his seat in the finals today. 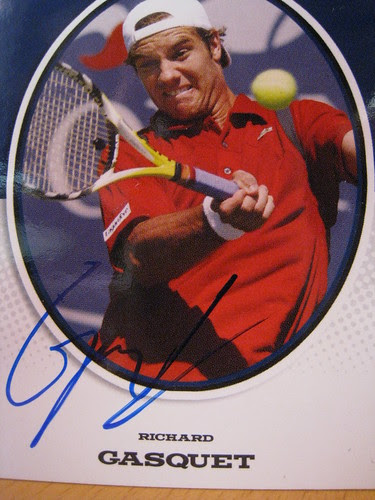 The contrast of Nadal's lefty forehand going against Gasquet's one-handed (sometimes jumping) righty backhand was really a sight to see. Not since Rios, has the jumping backhand seemed so deadly. Even though I do not hit one-handed...if I did, Gasquet's technique would be a good one to emulate.

Gasquet's Autographed Card
Gasquet seems to be playing much better than when I last saw him at the Legg Mason ATP 500 in DC. He had just flew back from his the clay finals in a Gstaad, Switzerland and was watching his fellow countryman play a match on a side court.

I got his autograph on a player card during one of the changeovers. He seemed amused that I had a small collection of ATP player cards with the Legg Mason draw.