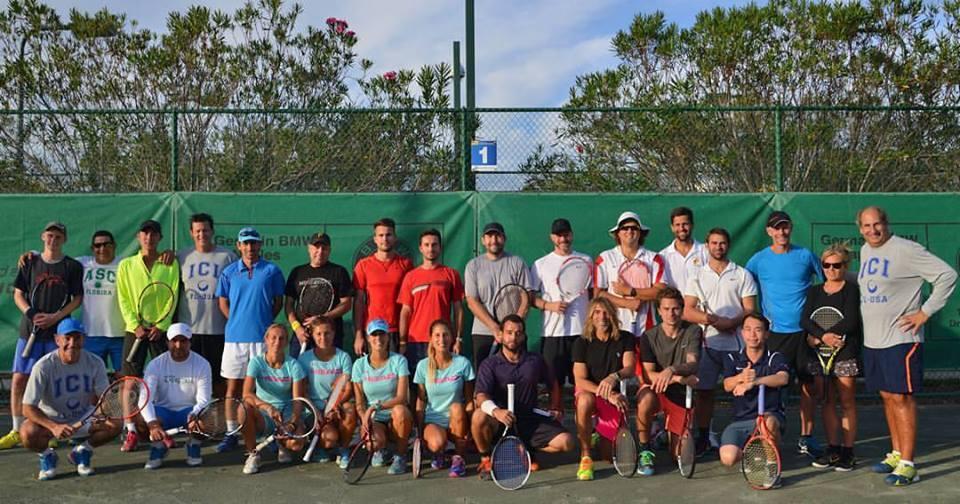 Last time I came to Naples was around 2010, right after the Naples Bath and Tennis Club management was taken over by Mr. Emilo Sanchez (former Spanish Davis Cup Captain and Grand Slam winner in doubles). Back then it was at its infancy and this week I have seen how much it has evolved as a full-scale academy.

It has maintained a small "private school" feel environment. It has much more personalized attention than the mega-academy "Boot Camps" which sometimes kids will get lost in the mob should they are not become the top star performer.
Specialty coaches are available to every student for helping each player work on Technical, Tactical, Mental and Physical aspects of their athletic and tennis games.

I have had a USPTA background since 2006, and probably watched nearly every "On Court with USPTA" episode on Tennis Channel. My first apprecentiship was with a PTR tennis pro at the Parks and Rec level. Later, I incorporated tennis techniques from Saddlebrook Academy and Stanford (Dick Gould's) Nike Bootcamps. ICI / RPT works on the skills necessary for competition.
Tennis can be compared to mixed martial arts.
Studying only one style in isolation will expose yourself to blind spots and weaknesses once you begin to compete against other styles. Just as it is important to know how to throw more than one type of punch - it is critical to know more than one type of forehand and more importantly how to counter-punch against each. I have always been a student of the game.

My 2009 Video review of the RPT Tennis Teachers Program

Over 6000 coaches in Spain and over 22500 certified coaches in 122 countries.
Following the on-court and written examinations, I became a certified ICI Competition Coach after the one-week long boot camp in Naples, FL for both studying Levels 1 and 2 . My prior training in Barcelona, Spain at the Sanchez-Casal Academy helped a lot. Understanding the X and V drills, developing progressions and emphasis on training the feet before the hands is part of the fundamentals.
ICI Tennis Levels in comparison to USPTA chart

I compare this with the Saddlebrook Academy in Tampa where I visited for adult training back in Feb. There the emphasis is more on the luxury resort feel and the recreational improvement with hitting lots of balls/drills.

The AS-C Naples program comes from the Spanish system pioneered by Mr. Pato Alverez. Lots of tactical footwork, inside out forehands and "Aggressive Defense" as Dani Sobias used to say. Their FL location is tailored much more toward accommodating the kids - composed of a lot more close-knit staff and easily accessible courts and facilities. There is a special Latin / Spanish culture about the place with many international students. It puts the focus on the student's Life Education to improve their overall improvement - well beyond just hitting tennis balls. 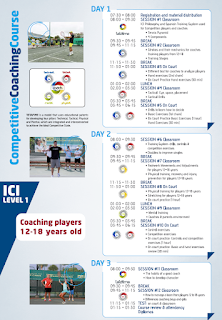 The International Coaches Institute (ICI) course has gone through many useful improvements with additional speakers/topics since 2009.

For former AS-C alums and previous RPT coaches, I would highly recommend this refreshers course to review fundamentals and updated programs. I saw some of the junior coaches attending as well.

Even as a former AS-C / RPT attendee from 2009, I felt like more than 70% of the info was freshly updated. Initially, I had worried I would get bored because I had been to their 5-day coaches course in Barcelona and 4-day RPT course in Naples. Even after Day 1, I've been pleasantly surprised.

Now they have added a few more speakers and teachers to also cover the Physical and the Mental aspects of the game. 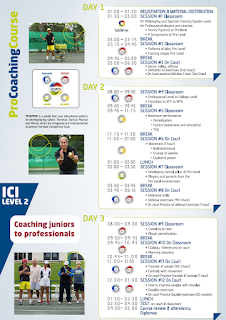 Highlights of the Camp
Derek (Fitness Director) had 2 great sessions: an on-court conditioning demo and the gym tutorial with the foam rollers and other recovery tools was excellent! Learned a lot of great useful tips to help keep students injury-free and increase performance with proper recovery.

The lunch was Pasta and Chicken (which was very delicious and fresh), served with salad / fresh fruits and veggies. It was only $12 for the lunch special in a very beautiful dining hall and excellent service staff.

Lots more on-court coaching and hands-on labs plus workout sessions! The Academy has expanded with many more students and a big juniors tournament while we were there. On the schedule were also some Open level prize money tournaments for Men and Women players.

Demo on the court as both student and teacher (2 on 2 ratios).
*Very helpful hints given by Luis and a few coaches like Lucas for performing each exercise properly*

Main Focus on the drills:


1) Defend DTL - Attack Cross
Play from the back foot the defense shots. FH back, FH approach, BH back, BH approach

4) Swing Volley (to simulate high groundies)
Players hit with weight on back foot and hitting high out of the air; Alternate fh/bh after player has recovered the center house. 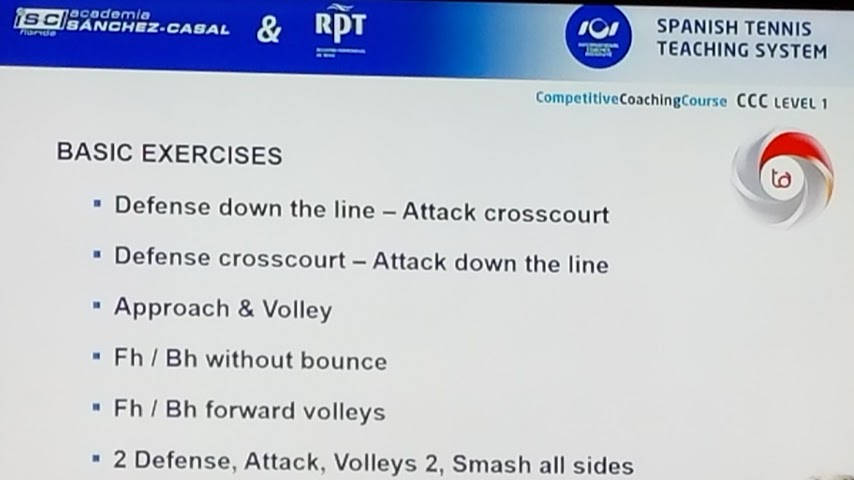 Enroll Juniors at the Academy for summer/winter vacation to learn the Spanish Tennis system that helped Murray get to World #1. The kids have a lot of fun with the junior coaches and other kids 10-18 years old there. Build strong work ethics and help them be better players, students.  Full Details here.

You can also send small groups of juniors to stay and train together with a package deal as well.

Mention JCtennis.com when you ask to speak with Romy about the "Preferred Coaches" Program Deal. 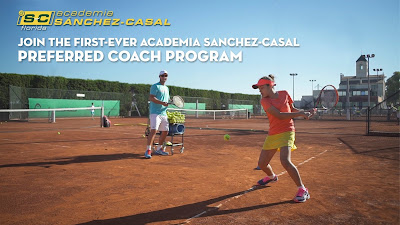