Those who have endured in this sport of Tennis...training past pain, fighting through adversity (born of both Man and Nature), and arrived to find glorious victory at the end; They are the ones that know me deeply, truly for who I am. 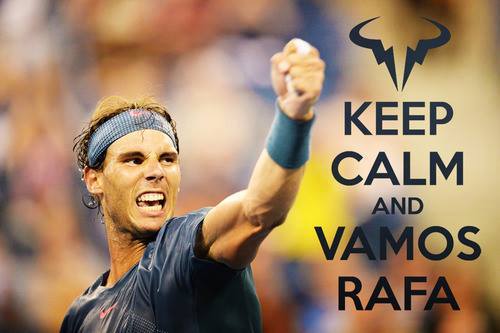 Q: Who has felt the scorching heat of the Sun on their skin? Experienced the thirst for water at his very core? Gasped for oxygen in every breath, and hungered for victory deep down in their heart and soul?

A: My fellow Warriors in Tennis.

When we understand Tennis, we also learn the man on the other side of the net

My fellow tennis players are cut from similar cloth. Recreational Player, USTA league teammate or rival competitors - do they not sweat, bleed and struggle the same in competition? Both in victory and defeat. They pay the same tolls of training and feel the same glories of victory. Like Gladiators in the modern arena...who have traded swords for rackets...unified by our quest on the green rectangle. 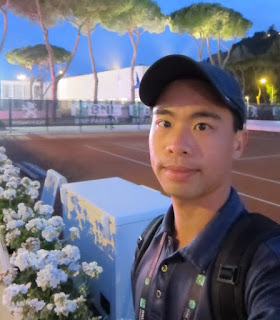 The Championships: so elusive, yet globally coveted by all who have entered the game.

So many seek the Gold, yet out of 128 players in a draw, 127 out of 128 may end up going home disappointed. All but one may raise the prize. Even for the Finalist, it can be misframed. Seemingly like that old 1996 Nike Olympic Ad "you don't win Silver, you lose Gold".

A very zero-sum perspective and is exactly the wrong way to struggle if you want to survive. Because as the sweepstakes say: Many will enter, One will win. Immediate gratification doesn't work here.


Always Re-Defining:  Self, Success and "Summits"
Instead, we should seek Excellence. The improvement towards mini-goals over a very long stretch of time. Always climbing, always reaching, always advancing. Never stop, never retire, never stop re-inventing your game. You are defeated when you give in. No one but within yourself can you be made to feel a failure.

Photographers and Press: The Recorders of Time

Even without my direct credits or company copyrights directly listed on so many Tennis Wikipedia entries, I am most proud of my work that has not paid 1 cent in royalties.

Engraving into Tennis History
In just the Legg Mason 2006 tournament alone, I have created the image of many tennis stars bio page. Examples: Brad Gilbert (Wiki Picture), Tim Henman (Cropped Wiki Pic), Marat Safin (Wiki Pic).
Each of these "Web Encyclopedia" bio pages has thousands of viewers every day - some with millions of views over their lifetime!

It is a great honor to their "portrait painter". History and future tennis generations will look back and the image I have created will be there perhaps forever. That is a very rare and powerful privilege to be part of the history books. 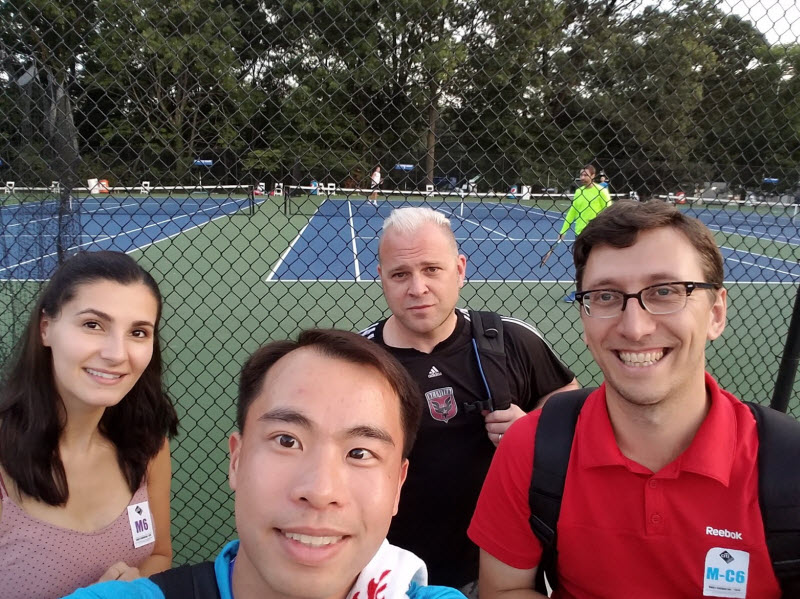 Sharing the world of Tennis to our Fans Globally
To share a few snippets of highlights to those many miles or countries away. To enlighten and educate the casual observer, and bring context to an otherwise unknown player or match.

For a sport rarely in the American Top 5 for viewership, it can be a tough job. We do it because we truly love it and the Tennis Circle.

Cramped together in a small room, tape recorders and notepads in hand. Trying to find the special sound bite or quote that will be good enough. To be published or to be rejected are so fickle as to the audience's whim of the day.

Photographers crane and camp for the best spots for hours at a time, in search of that magical 1/1600 of a sec snippet in time. Luck favors the prepared, but it is equally cruel. Camera operators may go an entire day without finding even a single shot that would be worthy to be published. Sometimes it is because the weather is dismal and the light is poor.

As luck would have it: just a few meters away, some lucky fan else may Instagram a photo that gets thousands of more likes and follows. Media can be a bit of chance and patience. Capturing all day, replay just a few seconds.

The Tennis Director and Event Organizer

Running a tournament, arranging the sponsors, finding volunteers and conducting a proper draw is tough work. Having been on both sides of the table, there are many behind-the-scenes roles that are unsung. There are always players who are simply unruly and bullies on and off the court.

Deciding when and where to host is always another struggle. Raising marketing and awareness is a skill set that most simply do not have in the modern age of Facebook / Snapchat / Twitter.

Hosting a successful event requires the buy-in and cooperation of many groups. The star players must show up, the fans must be enticed and the venue must be stellar.

The Highs and Lows of Tennis - not always Victory and Defeat

There are many who play the game and many more who watch the game. Are in awe and amazement of the smooth, effortless strokes from Federer. The years of hard work are hidden, the hours of laborious practice and months of rehab from injury are masked or forgotten.

The trophy is all sparkles and flashbulbs, but getting there is easily hidden from view. The achievements are only great and memorable because we know how hard the struggle, how steep the mountain, how relentless their opponents to fight off others all striving for the summit.

We hail the Champion. Grant him his/her justified moment in Glory. But only if we have lived in his shoes, ran on the same clay, grass, asphalt...lived and breathed the same air as the athlete. Let no one compare - less they dismiss and put down a brave one, even in defeat - he/she struggles mightily in ways that mere mortals can only imagine.

The internet can be cruel. Hero one day, Vilified loser the next. Greatness is not automatically the result - nor will it necessarily be the catalyst for Love or Respect in that athlete's life. Take Novak Djokovic - first male player to hold all 4 majors since the great Rod Laver. We see that the Tennis World has been very pleased even with such a historical achievement. Some are even upset that the "Joker" has done what the great Federer has not...unfathomable.

It is not fair? Life is not fair. But somewhere the fans lost the connection with Cause and Effect. It is not able Good vs Bad. Novak, in the months after such a big French Open victory, has lost some of the joy and fire, because he has reached a summit in his mind but has not found the next. He has crossed his "finish line" but there was no spectacular increase in his happiness.

We should try to walk a mile in their shoes before we can judge.

All are human, all have souls, dreams, fears and aspirations. Let us try to understand them - know their life viscerally - before we make conclusions.